Mr. Fujita has over 20 years of experience in system development and business development including offshore. Going forward, as the person in charge of project management at Planetway Japan, we aim to build a system that can quickly respond to high quality requirements from Japanese customers.

Planetway Corporation (Headquarters: California, USA; Representative: Noriaki Hirao, Planetway) is pleased to announce that Shinichi Fujita has been appointed as Executive Officer of Planetway Japan Co., Ltd. (Japan Branch). Mr. Fujita has over 20 years of experience in system development and business development, including offshore, and has held important positions including representative directors and presidents at several companies. From now on, as the person in charge of project management at the Japanese branch office, he will realize smooth communication with the development base Planetway Europe (located in Tallinn, Estonia, hereinafter referred to as the European branch office) and respond quickly to high quality requirements from Japanese customers. We aim to build a system that can 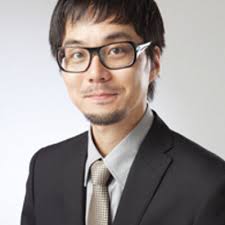 Most recently, as Benesse Corporation's IT department head, he oversaw the development of digital education services. Prior to that, he worked as a director and CTO of Evolable Asia Co., Ltd., in the construction of a Vietnamese corporation and sales activities for offshore development. In addition, Digipa Co., Ltd. established an offshore development company in Vietnam as a director in charge of overseas business and assumed the position of president of a local subsidiary. After that, after selling a Vietnamese development company, he was involved in the management of this company and had a track record of growing into the largest offshore development company in Japan at that time. Furthermore, AOL Japan Co., Ltd., which joined the company in 1999 and worked for five and a half years at the time, was the world's largest global company, and was responsible for network infrastructure capacity planning, operation, and project management for new projects as the director of the technology department. Responsible. In addition, as a member of management, he promoted a business transfer project to eAccess Co., Ltd. (currently SoftBank Mobile Corp.).

Planetway CEO & Founder Norio Hirao stated: “Mr. Fujita has abundant experience not only in normal system development but also from the start-up of the offshore development company to supervision. By participating in Mr. Fujita, the Japan branch and the European branch that is the development base We expect that a robust project management system will be established and that we will be able to provide customers with high-quality and quick products and services. "