Planetway Corporation (Headquarters: San Jose, California, USA; CEO & Founder: Noriaki Hirao; Planetway) will commence commercialization of PlanetID, a universal ID platform, in early April. Planetway, using PlanetID with the data linkage platform PlanetCross which allows users to realize personal information value in the form of personal information control, will lead the world in personal data sovereignty.
PlanetID has the advanced security and other necessary functions to integrate the overwhelming number of user IDs providing unparalleled convenience to end users. Furthermore, since it is a universal ID with verified individuals and digital certificates, this solution can be utilized in the field of smart contracts. PlanetID also has a permission function which can be used to great effect in areas where highly confidential data (such as personal or private information) is used, for example, in areas such as personal information banks. PlanetID users can safely respond to data exchange requests for new services that require individual personal data. 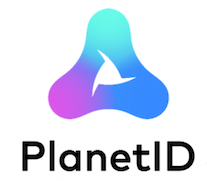 PlanetID is a new universal ID platform for identifying individuals. It is simple, easy to use, and allows you to conveniently and securely access services on websites and smartphone apps. With PlanetID, it is possible to experience a world with the following new service examples: